The LORD’s word came to Elijah: Get up and go to Zarephath near Sidon and stay there. I have ordered a widow there to take care of you. Elijah left and went to Zarephath. As he came to the town gate, he saw a widow collecting sticks. He called out to her, “Please get a little water for me in this cup so I can drink.” She went to get some water. He then said to her, “Please get me a piece of bread.”

“As surely as the LORD your God lives,” she replied, “I don’t have any food; only a handful of flour in a jar and a bit of oil in a bottle. Look at me. I’m collecting two sticks so that I can make some food for myself and my son. We’ll eat the last of the food and then die.”

Elijah said to her, “Don’t be afraid! Go and do what you said. Only make a little loaf of bread for me first. Then bring it to me. You can make something for yourself and your son after that. This is what Israel’s God, the LORD, says: The jar of flour won’t decrease and the bottle of oil won’t run out until the day the LORD sends rain on the earth.”

The widow went and did what Elijah said. So the widow, Elijah, and the widow’s household ate for many days. The jar of flour didn’t decrease nor did the bottle of oil run out, just as the LORD spoke through Elijah. – 1 Kings 17:8-16 (CEB)

Last week, the Pastoral Leadership in a Cultural Context program at Marquette University I am a part of focused on immigration. Because I knew I would be at this conference Monday through Wednesday last week, I had already worked ahead on my sermon for Sunday. Elijah and the widow at Zarephath was the text for the second week of a summer long sermon series, A Tale of Two Kingdoms. I began work on a sermon that focused on Ahab’s kingdom of death and God’s kingdom of life. However, it only took an hour into our conversations last Monday to realize that God had something else in mind.

I realized that Elijah was an immigrant refugee.

In I Kings 17, Elijah spends three years exiled from Israel – first at a wadi near the Jordan River, then in the home of pagan widow. What were these three years like for Elijah? Did he wonder if his ministry was over before it even began? Did he live in fear that God had forgotten him? Would he ever get back home? And if he did, what would he find when he returned?

Elijah’s people came from outside of Israel, providing necessary labor and expertise to help maintain Israel’s military. [1] They now call Israel home. We don’t know who or what Elijah may have left behind after he delivered the bad news to Ahab. Elijah may have been a single man. Even so, he still left a family behind in Israel when he fled to the Cherith Brook; he would have left his father’s house.

This means that even if Elijah was a single man, he left behind not just a house and simple family relations but his support network, his livelihood, and his family traditions. The father’s house gave you a place in your clan and tribe – it was your identity and your refuge.

Elijah, a refugee from political and religious persecution, fled Israel for safety outside of its borders. Obeying God, Elijah went to the Cherith Brook. I doubt he believed that this would be a long-term situation. If I were Elijah, I would expect to spend a little time outside the heat of the kitchen but to then return back to my homeland, my family, my ministry… my life. But that this was not the case.

Drought and famine have now reached Elijah’s temporary refuge. He must pick up and go to yet another foreign place. Not only a political and religious refugee, Elijah is now an economic refugee as well.

Even though Elijah goes to Zarephath to survive the famine, he soon finds out that things are not much better in Sidon. Elijah is forced to interact and rely on people who do not share his heritage, his faith, and probably not his language. Elijah trusts God – but he must also rely on the hospitality of a foreigner; a widow, who herself is facing death because of the famine caused by the drought. Like Elijah, she is also a person outside her own father’s house; her son, not much better than an orphan.

This is an unlikely – and unfortunate – trio: a refugee, a widow, and an orphan.

No family, no protector, no food… no hope.

I doubt the last meal the widow planned for her and her son was a feast. Even sticks seem scarce, since she was only gathering two to make a fire for their meal. And now this man comes and asks for what is left with promises that there will be something left out of nothing – asking her to just believe.

It’s true that we live in a world with boundaries and laws. But I don’t think God sees them as black and white as we do. This isn’t easy for us. God’s Word in the Law and the Prophets on the foreigner and the hopeless can be difficult for us to live out:

Any immigrant who lives with you must be treated as if they were one of your citizens. You must love them as yourself, because you were immigrants in the land of Egypt; I am the LORD your God. – Leviticus 19:34 (CEB)

The LORD proclaims: Do what is just and right; rescue the oppressed from the power of the oppressor. Don’t exploit or mistreat the refugee, the orphan, and the widow. Don’t spill the blood of the innocent in this place. – Jeremiah 22:3 (CEB)

One of the individuals I spoke with last week explained how his older brother crossed the border and “invited” him to join him since they could make more in one day of construction in Texas than one week in Mexico. He used this same word again, “invited” when he described other family members joining them once they settled in Milwaukee. Honestly, I did a double take when he said this.

How can you invite someone to a place where you have no legal right to be?

This was the immediate thought in my head. I chastised myself because I think that the right to life, liberty, and the pursuit of happiness isn’t the privilege of one country but God’s desire for all humankind. But I still thought it. It was a struggle for me to acknowledge my reaction but set it aside enough to listen to his story.

Could you imagine if our text told us Elijah invited his family to join him in Zarephath? How would the widow have reacted to that? If it was written in scripture, I think my reaction would be awareness of God’s care and abundance. Should I see it any differently in the kingdoms of this world, in my life?

Migration is a part of humanity. We only have to read as far as Genesis 11 to see that God dispersed people over all of the earth and Genesis 12 to see that Abram migrated first to the land of Canaan and then to Egypt. It is only recently in human history that national boundaries became so fixed. I don’t think God sees these boundaries as fixed as we do because the world is the Lord’s and everything in it.[3]

Several years ago, I tutored the children of Somali refugees. My kids would go with me because they were about the same age. At our first meeting, I sat next to a mother who did not share my religion or my language as we watched our children play together. We shared this simple joy and bond even though we shared little else.

Three years ago, I visited a refugee camp in Bethlehem. There, I was invited into the home of a third-generation refugee. The conversation we shared and hearing their struggles made personal what we hear in 20-second snippets on the news. Even though we didn’t share the same faith or experience, they made me tea and welcomed me into their home.  They desire the same things for their children as I do: good education, family, and hope for the future.

The process of listening helps us to begin to see one another on a personal level. At the very least, as the Church and the Body of Christ, we can be facilitators to different viewpoints, seeking to understand even when we don’t agree. In this way, we can practice loving each other even if we don’t embrace the other person’s opinion. The first step is a willingness to come together in dialogue.

The kingdoms of this world have always been kingdoms of scarcity. They are kingdoms of achievement and power – and too often, fear. The Kingdom of God is one of life and abundance. We will always find one foot in each of these kingdoms, living in both at the same time. And God provides generously to us in both.

My hope is that we would be willing to enter into dialogue with the “other” and one another. My prayer is that we would begin to see our common humanity and our shared hopes for our lives and the lives of our children. And that in the end, our decision to be generous as God has been generous to us isn’t merely an action of obedience but comes from an abundance of love in our hearts.

God of humanity, in the same way you brought order out of the chaos to create this world, we, too, seek to bring order to our world. Out of necessity, we create boundaries, civil structures, and procedures.  In our desire for order, however, we pray that you would not let us lose sight of our shared humanity. May we see the image of God in each person we meet. May we be willing to hear their stories. May we give out of both our abundance and our scarcity.  The earth, Lord, belongs to you and everything in it. May you always be able to call it good. Amen. 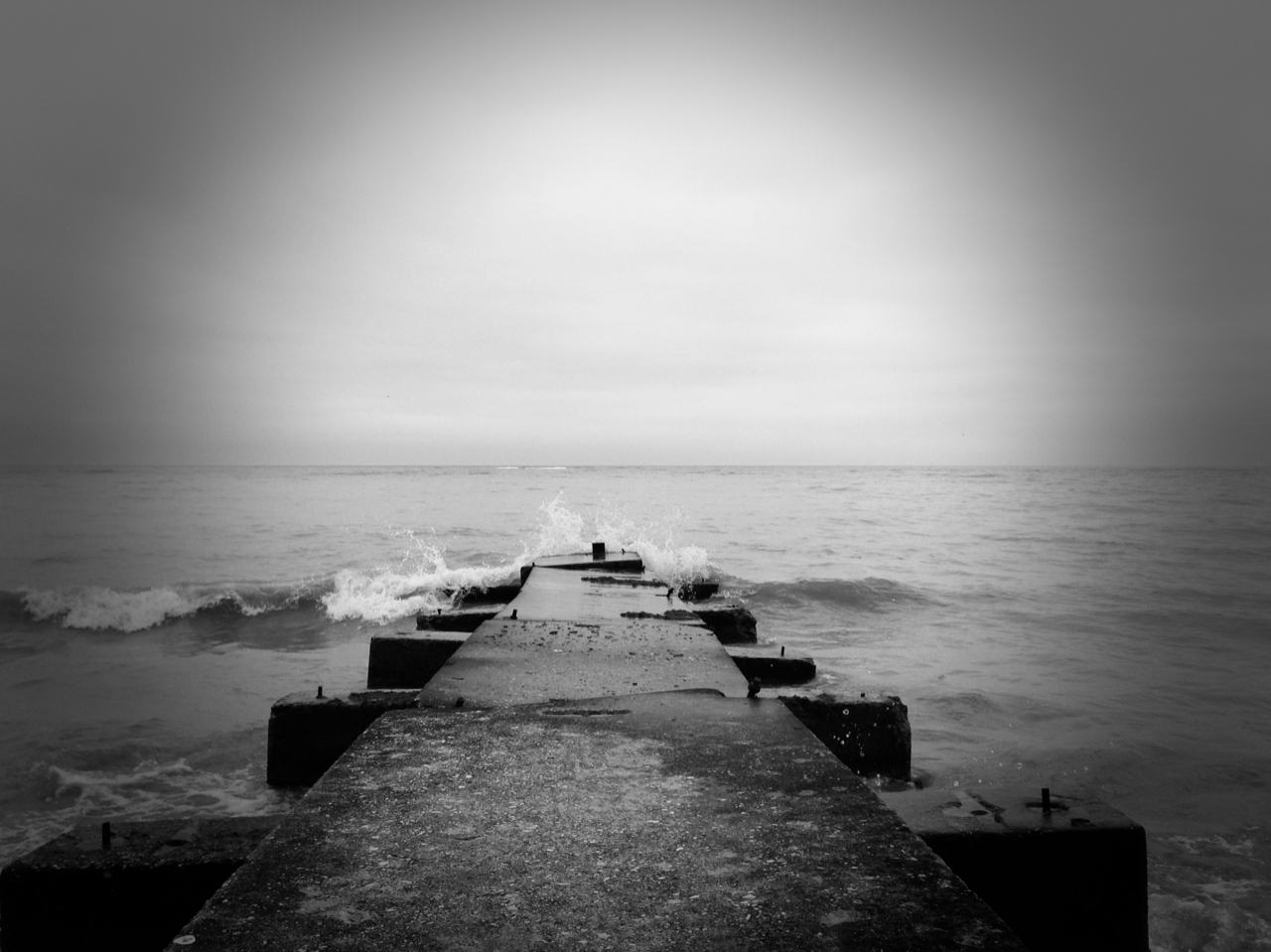 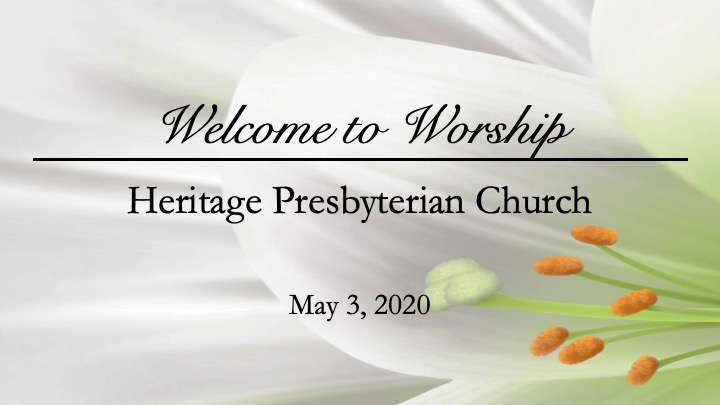