In my last post, I mentioned being at a pastor’s retreat and sharing “two truths and a lie.”  This game is where you say three things about yourself, two of them true and one of them a lie.  Here were mine:

In elementary school, I played football.
In high school, I pierced a guy’s nose.
As an adult, I once hung out at a hotel pool with Sting.

Which one is the lie?

I wanted to play flag football in 5thgrade but the principal would not allow girls to play. Girls got to be cheerleaders.  So, while most people who know me would not be surprised that I played football, they may be very surprised I was a cheerleader.

I did pierce a guy’s nose in high school.  I was visiting my friend at college and one of her friend’s wanted his nose pierced. I helped him do it.  And I was not drinking anything I wasn’t supposed to be.

Several years ago, I was at the St. Regis in Atlanta.  Dave was in meetings, and I spent the day sitting by the pool studying for my class on the Confessions.  Late the first morning, I looked across the pool as someone came down.  I didn’t have my contacts in and it looked like an older guy reading the newspaper.  It was and it was also Sting.  I figured this out when the guitarist came down a little while later.  I didn’t take a picture or ask for an autograph.  I figured he probably wanted to relax before his concert.  I was, because we were hoping to get tickets for that evening.

When you play this game, you decide what you want to disclose about yourself. There were other truths I could have shared with the group, but these were what came to mind that day.  I chose the lie about football because most people would assume it was a truth.  I chose the truth about the piercing because it was way before piercing was as socially accepted as it is now and easily not believable.  I chose the truth about Sting because while believable, with a few changes, it could have easily been a lie.

When the woman saw that she could not remain hidden, she came trembling; and falling down before him, she declared in the presence of all the people why she had touched him, and how she had been immediately healed.Jesussaid to her, “Daughter, your faith has made you well; go in peace.”– Luke 8:47-48 (NRSV)

As I wrote in What’s My Gospel?, an important part of my faith story is being truly known and seen by Jesus.  Jesus doesn’t see me the way others do – or really how I see myself.  Jesus sees my failures and my gifts and my future and my struggles. Jesus knows all my truths and all my lies.  He sees all of it and loves me.

What are your two truths and a lie?

What do you seek to remain hidden?

What do you need Jesus to see? 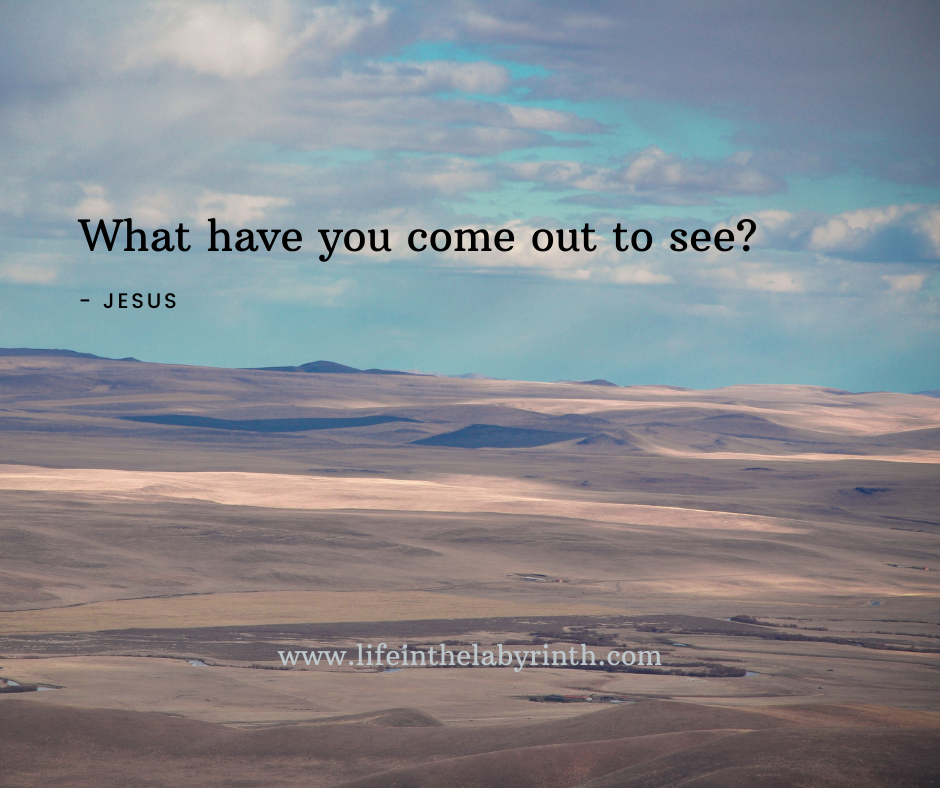 2 Thoughts to “Two Truths and a Lie”