This is how the birth of Jesus Christ took place. When Mary his mother was engaged to Joseph, before they were married, she became pregnant by the Holy Spirit. Joseph her husband was a righteous man. Because he didn’t want to humiliate her, he decided to call off their engagement quietly. As he was thinking about this, an angel from the Lord appeared to him in a dream and said, “Joseph son of David, don’t be afraid to take Mary as your wife, because the child she carries was conceived by the Holy Spirit. She will give birth to a son, and you will call him Jesus, because he will save his people from their sins.” Now all of this took place so that what the Lord had spoken through the prophet would be fulfilled: Look! A virgin will become pregnant and give birth to a son, And they will call him, Emmanuel.   (Emmanuel means “God with us.”) When Joseph woke up, he did just as an angel from God commanded and took Mary as his wife. But he didn’t have sexual relations with her until she gave birth to a son. Joseph called him Jesus. – Matthew 1:18-25 (CEB)

This fall, my confirmation students attended a collaborative art workshop to make an Advent banner. The example provided was a pregnant Mary. The students and their mentors painted enthusiastically, and we finished quickly. We decided to make an additional banner.

Planning Joseph for the second banner, the students probably gave him more thought than most of us do. They pondered what he should look like – that he would be holding a staff. (Why do we always picture Joseph holding a staff when he was a carpenter and not a shepherd? I guess he needs something to lean on while he stands around and watches.) With great care, they chose the colors for Joseph’s robes. There was some initial consideration of blue, but that color, of course, is reserved for Mary. Joseph is usually found in drab brown – better for hiding in the shadows of the crèche. But our students chose a beautiful green. One of them saying, “I always picture Joseph with green robes.”

I often feel sorry for Joseph. Maybe I shouldn’t. The biblical societies were very paternalistic – as are our Scriptures. Usually it’s the women who are silent and rarely named, simply part of the background of the real story taking place. But I still feel sorry for Joseph when I place him in the nativity. Would anyone miss him if he weren’t there?

Except for Jesus, Mary is usually the focus of Christmas celebrations reaching near divine status in Catholic traditions. It’s rarely Joseph’s story that is read on Christmas Eve. Maybe he gets a mention on Epiphany as we read the text of the magi. But even then he is a character on the margins of the story – he doesn’t even appear to have been home when the magi visit.

Joseph isn’t credited with any words in Scripture (and not a mention in Mark and John, except for two references to Jesus’ name). He stands silently over Madonna and child, doing his duty as caretaker. Later, when Mary and Jesus go to a wedding in Cana, we have no mention of Joseph. He apparently dies a death as silent as his life.

Joseph’s big appearance in Scripture doesn’t even begin with him. Mary has the first mention and most of his big scene is the angel’s words in his dream. (He doesn’t get a visit from an actual angel like Mary – just a dream where an angel appears.)

In his eight short verses, in which Joseph says nothing, less than half have anything to do with him. But in these few verses and in his silence, Joseph communicates so very much about himself and the incarnation.

Joseph her husband was a righteous man.

Our first words about Joseph, other than that he is Mary’s husband, is that he is a righteous man. Sometimes in church, we throw this word righteous around like it is a regular character trait. But righteousness is a characteristic and gift of God and very few humans are actually referred to this way. Yet, this is the first word used to describe Joseph. He is a man in a right relationship with God.

Before we had Eldest, we spent a lot of time deciding what type of daycare we would use when I went back to work. We looked at a lot of options, got references, made visits. We finally chose a woman who cared for children in her home.  When we visited her house, we could see it was safe and welcoming. We talked to the families that left their children in her care and heard that she was loving. And so after nine months of pregnancy and four months of maternity leave – where I had spent almost 100% of my time with him – we left Eldest with Pat for a day.

Of course, Joseph was righteous. We leave our children in the care of others for mere hours – wouldn’t God want just the right person to leave God’s self with for 30 years? Not only is God entrusting Joseph and Mary with keeping Immanuel alive, God is also entrusting them to raise and shape him. We may fall on either side of the nurture vs. nature debate, but nurture matters. Joseph embodies the characteristics of the incarnation in his righteousness.

Now, this righteous man had every right to humiliate Mary publicly. He even had the right to have her executed for adultery.[1] There were laws to protect the honor of the husband – and the woman’s family – who would be shamed and humiliated by her adultery. These men, therefore, had the right to restore their honor through her death.

Joseph didn’t come about the decision to break off his engagement with Mary lightly. We are told he was “thinking” about it when he had his dream. This comes from a Greek word connoting meditation. Mary wasn’t the only one that pondered the incarnation: Joseph does as well.

Joseph didn’t want to humiliate Mary publicly. Humiliate and humility are forms of the same word. C.S. Lewis said, “True humility is not thinking less of yourself; it is thinking of yourself less.” Humility is a choice we make for ourselves. Humiliation is when humility is forced upon you. It’s something that is done to us.

Joseph humbled himself, even to the point of humiliation. This should sound familiar, because this is how Paul describes the incarnation:

Let the same mind be in you that was in Christ Jesus, who, though he was in the form of God, did not regard equality with God as something to be exploited, but emptied himself, taking the form of a slave, being born in human likeness. And being found in human form, he humbled himself and became obedient to the point of death—even death on a cross. – Philippians 2:5-8 (NRSV)

We all know Mary was obedient, but Joseph also obeys everything the angel tells him in his dream: he marries Mary and he names the baby Jesus. We know Mary as the God-bearer: pious, humble, compassionate, obedient, pondering. Scripture tells us that these things can be said of Joseph was as well, embodying the characteristics of the incarnation – foretelling the ministry of Immanuel, the incarnate God – with his actions.

And we are called to the same. We might ask the question, “What would Jesus do?” but that is a tall order. Maybe this Advent season, we can begin to ask ourselves what Joseph would do. It seems to have worked for Jesus.

Jesus, righteous and humble, loving and obedient, we so easily forget the scandal of the manger. In our festivities, we overlook your willingness to give up the glories of heaven for the baseness of humanity. In our shopping and hurrying, we find it easy to put off compassion as something we should do but find it difficult to find the time for.

But you, Lord, are the creator of time. Bear in us your righteousness, humility, compassion, obedience, and peace this Advent season so that we may continue to embody the scandal and miracle of your incarnation in the world. Amen. 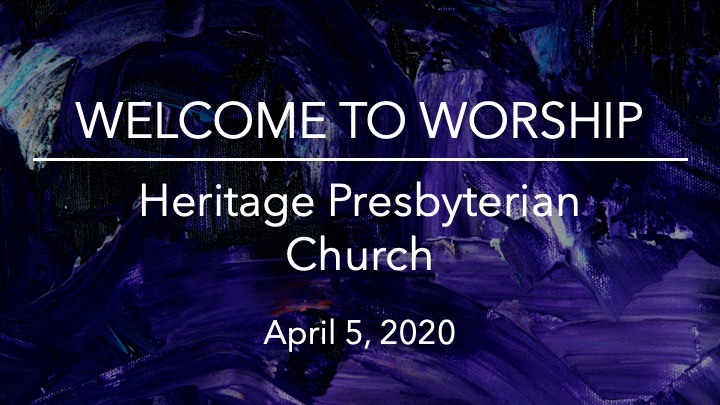